** more mentor, advisors and board members coming soon... (as soon as they send me their bio's and a picture they like... the picture part  might take a while LOL ... ) 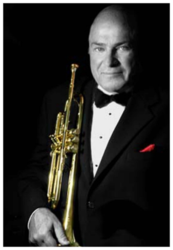 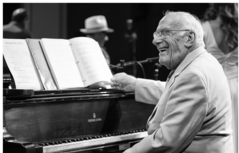 Corinne Gordon is a  jazz vocalist with an abiding love of the American Songbook. She sings with a number of large and small jazz ensembles in Connecticut and is currently studying with Pianist and musical director of the Hartford Jazz Orchestra, Donn Trenner.
Her range, extensive song portfolio, technical skills and performance energy have helped her gain recognition around the New England as a sought-after Big Band and Jazz ensemble member.
Corinne grew up in a family of musicians and music lovers and has immersed herself in the study of voice since the age of nine.  Her training ranges from opera, to broadway, to folk, but her great love is jazz standards. With vocal influences including Ella Fitzgerald, Anita O'day, Nancy Wilson and Joni Mitchell, she has built a strong repertoire and skill set around their enduring sound. She has performed with her father Richard Gordon, an accomplished jazz pianist, since her teen years, and the duo continue to perform together in the Northeast and Mexico.
“I find boundless joy in playing with other musicians, crafting a better sound and bringing the incredible lyrics and timeless melodies  from the american songbook to life” 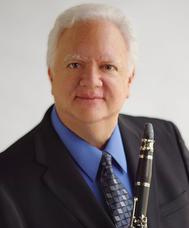 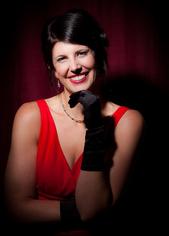 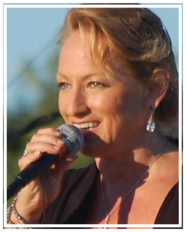 The pianist Donn Trenner came up in the ranks of early bebop pianists and appears on nearly 100 jazz albums from 1950 onward. His instrumental talents include dabbling in unique keyboard instruments such as the celeste, as well as use of the cello, and he eventually became almost even better-known for his activities as a conductor and musical arranger for a variety of vocalists and television show hosts. His most famous gig along the latter lines was leading the band on the Steve Allen Show, which was the original prototype for the incredibly popular Tonight Show. In his early career, Trenner's home base of Connecticut put him within easy riffing reach of New York City and its busy jazz scene. As a combo pianist, he worked with players such as Charlie Parker, Stan Getz, Oscar Pettiford, Dave Pell, Howard McGhee, Charles Mingus, and Ben Webster, some of this playing taking place after he relocated to the west coast.

His eventual finesse conducting large groups was no doubt polished while playing piano in jazz big bands led by Charlie Barnet, Tommy Dorsey, and Les Brown. The Brown band became a ticket into another type of show business entirely, one that would prove to have a much larger audience than the experimental bebop sound. Brown went to work for comedian Bob Hope, taking the talented Trenner with him and resulting in engagements as a combination music director, pianist, and arranger for Lena Horne, Nancy Wilson, Jack Jones, Dick Haymes, Ann-Margret, and the Allen television assignment. Outside of network studios, work with vocalists Wilson and Ann-Margret often led to sojourns in Las Vegas.

One of Trenner's greatest assets to performers is apparently his perfectionism; he is often willing to sacrifice great amounts of his own time to make sure a project, or more specifically, one four-bar phrase within that project, is up to snuff. As for jazz, Trenner is not one of those players who let his abilities in this genre go to flab once involved in the glitzy world of Las Vegas shows and network television. His later releases that emphasize straight-ahead jazz or jazz soloing within a song format, such as the 1996 Paul Broadnax date entitled Here's to Joe, have shown little, if any, degeneration in swing or creative ability. All in all, it could be suggested that Trenner represents an admirable blend of jazz and pop in his work that few performers are able to sustain; brief, and quite enjoyable evidence of this is his piano introduction on the original Nelson Riddle arrangement of "Route 66."

A dynamic and award-winning vocalist, Suzanne Vick is a vocal coach, professional performer, Reiki Master and mentor.  Suzanne has taught voice and vocal performance for over twelve years and worked with countless individuals, groups, bands and choirs, enabling them to achieve new levels of confidence and excitement about singing and performing.  In 2015, she expanded her services to include Reiki/energy healing and mentoring.
Suzanne has performed and/or recorded with many talented artists and bands throughout the region, including The Jay Willie Band, Seth Adam, Mia Fanali, Gerald Goode, The Light Hearts, Pop City and Electric Mayhem – an 8-piece funk/rock band and winners of “Best Funk Band” in Fairfield Weekly’s 2007 & 2008 Grand Band Slams.  She is honored
to be able to sing and swing with the Glenn Hansen Orchestra!
In 2009, Suzanne released her debut original solo album, “The Brightness of Orchids,” and won “Best Singer/Songwriter” in the New Haven Advocate’s 2010 & 2011 Grand Band Slams.  Her current original project, DEMKOVIC, is about to release their first album, “Breathe” on HMG Recordings.  For more information, visit www.SuzanneVick.com

Roland has been a professional trumpet player since the late1940s.  He has played both here and abroad with wedding bands, salsa bands, jazz bands, big bands military bands, symphony orchestras and theater orchestras.
As a former principal trumpeter at the Oakdale, Storrowton, Bushnell, Goodspeed, Ivorytown Playouse and Schubert theatres for many years, he has performed with the biggest musical luminaries of his generation.  The short list includes Judy Garland, Johnny Mathis, Tony Bennett, Andy Williams, Paul Anka, Don Cornell, Liberace, Diane Warwick, Tom Jones, Danny Kaye, Aretha Franklin and Perry Como
He has been a featured trumpeter at four Presidential Inaugural Balls in Washington, D.C., with the Symphony Orchestra of New England, with the professional bands led by  Paul Landerman, Dick Campo, Bobby Kaye, Al Gentile, Pat Dorn, Andy Nichols.and Ed Cervany among others.
“I’m a trumpet man,” he says with a twinkle in his eye, and although he has always been pre-occupied with trumpeting, Roland’s artistic and scholarly pursuits have left notable footprints in several other professional areas.
Beyond the parameters of his music career, Roland Chirico holds a Ph.D. degree, is a Professor Emeritus, a published writer, former editor, and national award-winning photographer.
Upon retiring in1992 from the faculty of Manchester Community College, Roland  introduced his lively and entertaining solo Trumpet Man program.  He has entertained hundreds of audiences since then, and most of them have him back time and again.
Hearing him in person is so much fun that the audience sometimes overlooks the technical brilliance of his performance. The mood shifts from swinging jazz to lyrical ballads, from graceful dance rhythms to the stunning complexity of classic trumpet solos.  Roland does it all—and he makes it sound easy.

Rich Chiaraluce is a free lance musician working wherever work calls.
Originally from New Haven, CT, Chiaraluce attended the Navy School of Music and went to Colorado Springs, CO to play with the NORAD Band in 1967. After his Navy service, he studied woodwinds at the University of Northern Colorado, graduating in 1974 with a bachelor’s degree in Music Education.
Rich is the lead alto player with the Tommy Dorsey Orchestra. This is a position he has held for a number of years. Working with Buddy Morrow was truly a privilege for Rich. The band has performed several times at Montreal Jazz Festival in a Battle of the Bands with the Glenn Miller Orchestra. Who won? TDO was smiling afterwards. He was also the leader of the Artie Shaw Orchestra for several years.

Rich has performed with many of the famous singers from the American Songbook Era including Mel Tormé, Tony Bennett, Nancy Wilson, Dakota Stanton, and Natalie Cole. He has also played with the Woody Herman All-Stars.

His work also includes show work at Denver Center of the Performing Arts and other venues as well as the Colorado Symphony Orchestra’s pops concerts. This includes their recording of Too Hot to Handel.

Rich has two CDs of his own, both showcasing him on his doubles — alto, tenor, soprano sax, flute, and clarinet. Because I Love You is with a quartet and features jazz tunes. Rich Chiaraluce Live at Sherman’s Coffee House  spotlights familiar swing tunes with guitarist Dale Bruning and bassist Ken Walker.Type your paragraph here.